Most independent reviewers are releasing their video contents on reviewing RTX 3080 GPU from Nvidia. So much anticipated Ampere RTX 3000 cards have conquered the attention of PC gamers this fall. Some people might say that every reviewer is trusted and unbiased. However, Flip Figures editorial staff pay more attention to detailed reviewers who give frame rate benchmark results together with price to performance metrics. Only one outstanding GPU and CPU reviewer is able to nail their work and it’s a YT channel called Hardware Unboxed. Interestingly, Steve from Hardware Unboxed is considered as the most neutral content creator on hardware benchmarks that generates scientifically accurate results. So let’s jump in how the beast RTX 3080 can perform against the competition. Exciting game of 2020 is Microsoft Flight Simulator where RTX 3080 captures the performance crown after getting 48 fps on average and 39 fps on 1% low minimums set at 1440p resolution. By far, Flight Simulator is the heaviest graphics intensive game to date with so many pretty detailed views on surroundings. Shadow of the Tomb Raider 4k gameplay runs smooth across any maps by reaching 87 fps on average and 71 fps minimum. Staggering 30% improvement over RTX 2080 Ti cannot be left unnoticed by PC Master Race fans. Unbelievably, good generational performance leap among the high end GPUs is a positive sign for consumers. But 1440p results of RTX 3080 have indicated that 28% increase only detected against flagship RTX 2080 Ti. Still looks impressive for high end gamer’s point of view. Anyway, RTX 3080 is a true 4k gaming card for more immersive experience in visual perspective due to Ray Tracing cores do much of the job for upcoming games. Latest and greatest of 2020 triple A game title is Horizon Zero Dawn in which RTX 3080 reaches the new fps heights up to 118 fps at 1440p ultimate quality setting, thus beating RTX 2080 Ti with faster 35% more performance for the price of $500 less. Amazing performance per dollar measurement there. At last, Horizon Zero Dawn 4k resolution settings on ultimate quality performance showdown of RTX 3080 left some Nvidia fans speechless who bought RTX 2080 Ti this year. Whopping 35% more fps you are getting out of the box when comparing it to RTX 2080 Ti flagship Turing GPU. Assassin’s Creed Odyssey is one of the heaviest graphics intensive title of the last decade and RTX 3080 struggles to get triple digit fps in there at 1440p Ultra High Quality. Only 84 fps on average you can expect from this GPU but anyhow it’s faster than old gen RTX 2000 graphics lineup. 4K results of Assassin’s Creed Odyssey is way impressive than 1440p one because staggering 62 fps achieved on Ultra High Quality settings right out of the box. Astonishing benchmark is recorded by RTX 3080 finally passing through 60 fps finish line. Stepping into 4k results in Metro Exodus title and you might notice huge performance jump by RTX 3080 performance up to 35% on average fps which is 124 over lower 92 fps number reached by RTX 2080 Ti . Surely, it’s also worthy to note that Metro Exodus is well optimized title for RTX GPUs overall. Doom Eternal is the greatest well optimized game so far. Mind-blowing 312 fps is achieved by RTX 3080 Ampere GPU while RTX 2080 Ti is 35% slower than Ampere flagship in maxed out 1440p Ultra Nightmare Quality with RS Off settings. Time to get 360Hz refresh rate monitor and match it to Doom Eternal immersion. Yet again, witnessing 189 fps superiority of RTX 3080 is no joke at 4k Ultra Nightmare Quality, Ultra Textures with RS Off preset. Also you can take note that average 30% better performance seen in comparison between new Ampere RTX 3080 and old RTX 2080 Ti silicon based chips. Insane amount of 242 fps amusement awaits you if you get RTX 3080 just to play Wolfenstein: Youngblood at 1440p Mein Leben! Quality with TSSAA enabled. By far, this is the best case scenario if you compare Ampere vs Turing cards. Old RTX 2080 Ti trails behind RTX 3080 by almost 40% less performance. RTX 3080 looks not great but not terrible in Hitman 2 at 1440p High Quality settings by only hitting 123 fps just slightly better than RTX 2080 Ti. Some optimization issues may be erupted out of the blue for Nvidia engineers. Early panic selling owners of RTX 2080 Ti might regret their early assumptions now. Last one is Hitman 2 at 4k High Quality gaming benchmark results by Steve who witnessed 30% superior fps performance by RTX 3080 over the last gen RTX 2080 Ti. Vanilla RTX 2080 left in the dust with only 52 fps compared to dominating 88 fps result of RTX 3080 Ampere wonder card. Only best game in recent months coming out of Nvidia and Bethesda partnership is Wolfenstein: Youngblood with fully enabled DLSS 2.0 and Ray Tracing feature. By enabling Ray Tracing option you might get only half of the fps performance to native resolution gaming. Luckily, turning on DLSS 2.0 plus Ray Tracing you are able to squeeze up to 40% more fps thanks to Deep Learning Super Sampling methodology by Nvidia’s engineering team. Lastly, only DLSS 2.0 enabled settings could uplift RTX 3080 performance for more than 30% in some circumstances in the game. 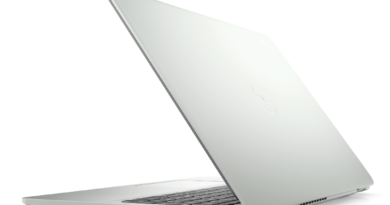 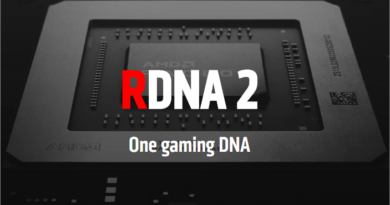